7 Common Childhood Illnesses And Their Treatments 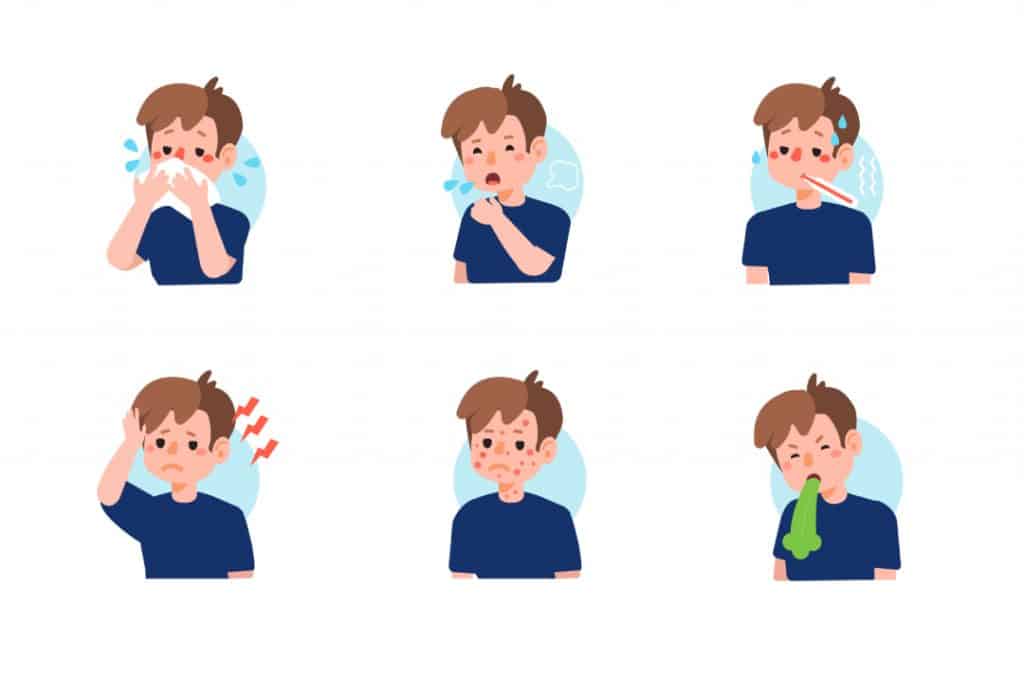 High-quality medical is important for both adults and children. Children are generally most vulnerable during illness, and as a parent, being aware of the common childhood illnesses is important so that your child can get the best value treatment when they need it.

Sore throats can range from mild to severe and are usually caused by a virus or an infection called strep throat. In time, your child should feel better, but strep throat can be tested through a rapid strep test. Although it’s not accurate, if it returns as positive, your child will be required to take an antibiotic for the symptom to go away.

Chickenpox is another virus-causing disease that stems from having a cold, fever or having direct contact with flu. Eventually, a rash will begin to form on your body, turn to pink blotches and cause itches. The infection is expected to last for 2 days, and the rash and blisters will slowly disappear after 5 days of forming. If the blotches are regularly scratched, this can cause an infection as well.

Maintain good oral hygiene practices such as hand washing and avoid contact with anyone who is carrying an illness. You may consult your doctor for any safe vaccines available as an alternative resolution, but this is only viable for people who are 20 years of age or above.

Bronchitis is an infection that impacts the airways in the lungs owing to a build-up of mucus. This causes coughing and is also known as a chest cold because the term bronchitis is known as a chest virus. Other symptoms include headaches, body aches and chest soreness.

If your temperature is extremely high, blood begins to form, you have trouble breathing or the symptoms last for longer than 2 to 3 weeks, consult your doctor as soon as possible. Bronchitis usually gets better on its own through rest and drinking clear fluids.

Ear infections are common in youngsters, and there are many causes to this, such as:

The pediatrician will examine the child’s ear via an in-office exam for an accurate diagnosis. Antibiotics will be recommended should your child also suffer from fever or other illnesses as well. Amoxicillin would be the recommended choice of antibiotic.

Influenza is a form of viral infection that is highly contagious and infects the upper airways and lungs. Influenza forms through coughing, sneezing, and talking when in close contact with another person, where you can contract it from. There may be droplets on surfaces that are contaminated which may cause the infection as well.

Although typically, flu season happens in June to September, although it’s not the same as a cold or COVID-19, it is serious, nonetheless. Some of the symptoms of the flu include fever, sore throat, dry cough, headache, joint and muscle pain and exhaustion. Your child should expect symptoms to appear between 1 and 3 days once the infection is formed.

Your child should rest and drink plenty of clear fluids and the illness will clear itself up.

Hepatitis B is an infection caused by its virus that causes liver inflammation. It is a serious illness that can cause liver disease, and it can impact children as well as adults.

The symptoms may not be identified early on, for example, developing jaundice which is typically associated with liver disease. Other symptoms may include abdomen pain, vomiting, and fatigue.

Again, if your child has hepatitis B, they would be requested to rest, drink plenty of fluids and have regular check-ups with the doctor.

Colds can be caused by viruses and can typically last for up to 10 days. Typically, children can get up to 8 colds per year, and other symptoms include runny nose, congestion, and persistent cough.

A buildup of green mucus will develop through the lungs, but the doctor may uncover that you have a sinus infection as well. The doctor will determine whether your child would need antibiotics or whether adequate rest is preferred.

Some other home remedies include:

If your child is suffering from any of these common childhood illnesses, amongst others which you as a parent are concerned about, consult your local doctor today and get your child in for a check-up.

Lotus Medical Centre was established in 1990. It is a GP-owned and managed practice. We pride ourselves in offering a compassionate and patient-centred care. We provide a holistic, high standard medical care to our patients. We offer a variety of allied health support to maximise the benefit of health care outcomes for our patients.